Skiddy, Kansas, located on the boundary line between Morris and Geary Counties, got its start in 1869 by settlers from Pennsylvania and New Jersey organized by W.E. Tomlinson. It is a ghost town today. 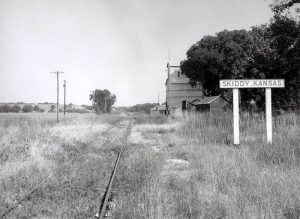 With the coming of the Missouri, Kansas & Texas Railway, the town was named for Francis Skiddy, an investor from New York who provided the railroad with money. In exchange for naming the town after him, Francis Skiddy volunteered to build a town hall for the community.

The railroad line extended from Junction City to the north to Parsons, Kansas to the south. Skiddy became the first train station south of Junction City and a water tower was built there because of a couple of steep grades on the line both north and south of Skiddy.

That first year, there was only one general store built by a man named Joseph R. College, and a post office was established in November. The town was named for a railroad man named Francis Skiddy of New York, a magnate of the old Union Pacific Railroad who controlled the northern extension of the Tebo and Neosho Railroad branch. 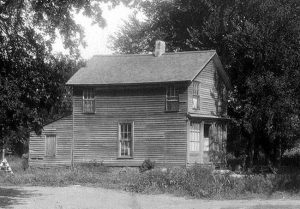 In March 1879 the citizens of the small town changed its name to Camden because Francis Skiddy had never built the town hall that he promised.

The town grew slowly and by the early 1880s, it still only had a single general store and housed about 120 people. In 1882, the Baptists, who were quite numerous in Skiddy and the surrounding area finished a frame church building.

In August 1883, the town name reverted back to Skiddy because there were too many other Camdens in the Nation.

By the turn of the century, the town boasted a hotel, a couple of general stores, express and telegraph offices, and a money order post office. The population in 1910 was 90.

Afterward, the town grew no more and its post office closed on October 31, 1953.

Today, Skiddy is a ghost town with just a few residents and a few abandoned buildings. The Missouri, Kansas & Texas Railway served Skiddy for many years, and the grain elevator adjacent to the railroad tracks still stands today. The old 1882 Baptist Church that later became the post office also stands. Just to the west, hidden by a grove of trees is a building that appears to have once been a school, but we were not able to verify its purpose.

Skiddy is located about eight miles northwest of White City. 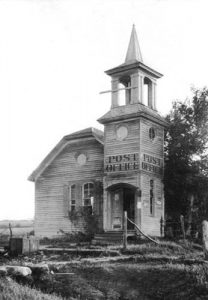 The old Baptist Church in Skiddy, Kansas served as the post office for a time. 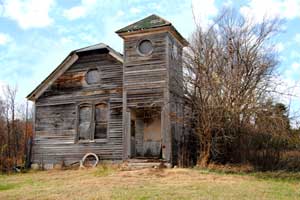 Compiled and edited by Kathy Weiser-Alexander/Legends of Kansas, updated September 2020. 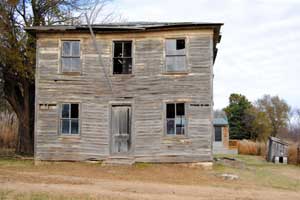