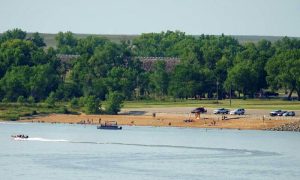 Venango, Kansas is an extinct town in Ellsworth County.

In 1875, the Federal Government appointed postmasters to disperse the mail in Ellsworth County and a post office was established called Venango on February 15, 1875. Living in the area was a man named Ellis Hughes who began to homestead in the Smoky Hill Valley in 1868. Becoming the first postmaster, Hughes named it Venango, for the county in Pennsylvania that he had come from. Though there were several settlers in the area, the town never amounted to much and the post office was housed in a sandstone structure which also served as Hughes’ home. The post office closed on January 31, 1902, at which time, residents received their mail from Marquette, about seven miles away in McPherson County.