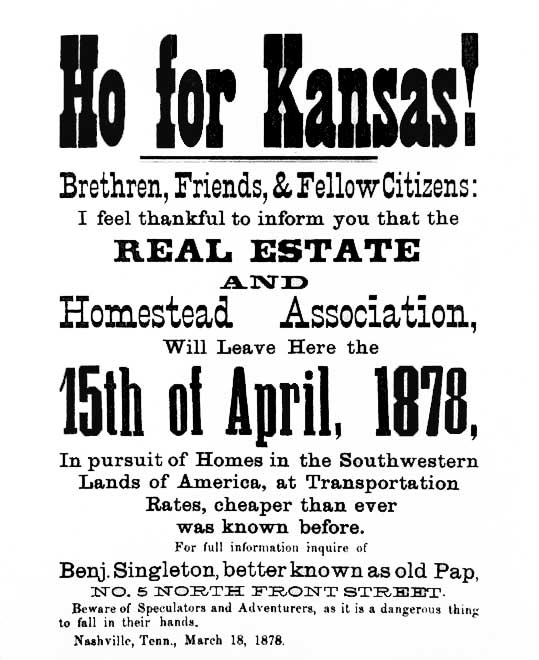 The Votaw Colony was an African American settlement established by Exodusters from Texas in 1881 two miles north of Coffeyville, near the Verdigris River in Montgomery County, Kansas.

In 1879, a freed slave named Paul Davis decided to lead his family and friends out of Texas, and out of the system of share-cropping, which had too many similarities to slavery. Davis, along with his wife Martha, their 16 children, and 25 other families joined a wagon train leaving Shelby County to make their way north to what they believed to be the “promised land” of Kansas.

Most of the travelers made their way in ox-drawn covered wagons and other horse-drawn vehicles, while some rode on horseback, and others walked. After suffering many hardships, the Texas Exodusters migrated to the city of Burlington in Coffey County, Kansas. Here, Paul Davis met Daniel Votaw, a Quaker humanitarian, attorney, and agent for the Kansas Freedman’s Relief Association, and the two discussed the idea of establishing a colony for the Exodusters.

Votaw then purchased 160 acres of land from E. P. Allen and divided it into eight-acre lots. Davis then organized about 25 families who were able to make a down payment, and Votaw sold each lot for $100, allowing the buyers to make payments over time with no interest. The other Exodusters in the group who did not purchase lots in the colony settled in Coffeyville, Independence, and other nearby towns.

The original buyers of the lots were: 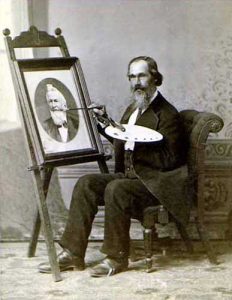 Some of the residents of Votaw attempted to grow cotton on their land, however, after a few years, it became clear that they didn’t have enough land to make a profit. Others grew corn, wheat, and vegetables. In addition to their homes, the settlers established a community building that housed a school, a church, and other activities. It appears that the community never had a post office.

Though many of the migrants became relatively independent farmers, others were not so fortunate as they were never able to acquire the livestock and supplies needed to build successful farms. Making matters worse, many of the farmers who arrived with small teams lost their livestock after a severe winter and a tornado. When the Kansas Freedman’s Relief Association disbanded and local residents turned their backs upon the newcomers, Daniel Votaw continued to aid the African American community at his own personal expense, selling his personal belongings and mortgaging his own home in order to finance his humanitarian vision. 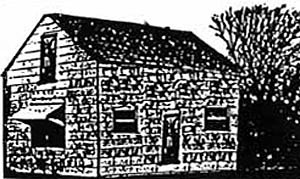 But, in 1895, a devastating flood severely damaged the colony, from which it found it difficult to bounce back. By 1900, many of the original colonists had moved away to larger towns where employment and modernization were on the rise. The same year, Paul Davis died and his home was moved from the colony to 121 East North Street in Coffeyville. Davis’ youngest daughter, Odee (Davis) Jackson Webber, the last survivor of the colony, resided in the house until her death in April 1985.

Not long after Davis died, another flood along the Verdigris River and Big Hill Creek inundated the colony. Afterward, almost everyone left, most of them making their way to Coffeyville and Independence. The last person to live in the dead town was Martha Coleman, who left in 1915. 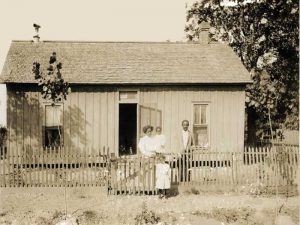 African Americans in Kansas about 1885.

Today, there is nothing left of the old community, with the exception of a monument. To see the marker, travel north on Sunflower Road in Coffeyville past the CVR Energy oil refinery. Sunflower Road then turns into 5100 Road, continue north, crossing a bridge over the Verdigris River, and continue north, turn left (west) on 2200 Road and after crossing the railroad tracks, the monument is on the right.

Of the dozens for former African-American colonies that were established in Kansas, Nicodemus — a National Historic Site today is the only one founded by blacks that still has black inhabitants today.

“They migrated from a place of hardship to a place that symbolized liberty… Kansas happened to be the place for these people.” 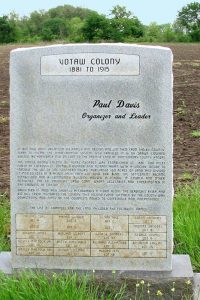