Wheeler, Kansas was laid out by the Lincoln, Nebraska Land Company during the building of the Chicago, Burlington, and Quincy Railroad to St. Francis, Kansas in 1887. 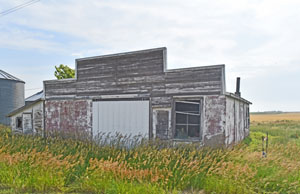 The town thrived during the building of the railroad and a post office was established on October 12, 1888.

Though it remained small, it grew to include a large store, a lumberyard, three grain elevators, a brick schoolhouse, and a garage. In 1919, the Farmer’s State Bank was chartered and a small brick building was established. It opened in June 1920.

However, in the next years, the town suffered from grasshopper invasions and drought. The bank and other businesses soon closed due to slim profits. However, the school continued until 1968. The post office continued until February 1, 1988. 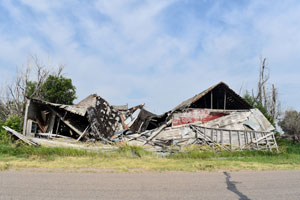 Today, the old town is dotted with falling-down buildings and just a few residents.

Wheeler is located about five miles east of St. Francis. 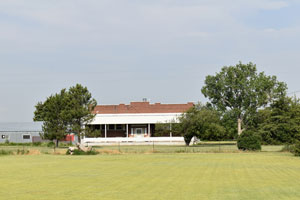