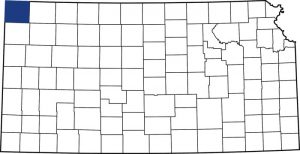 Cheyenne County, Kansas, the most northwestern county in the state, was named for the Cheyenne Indians. The county has an altitude of over 3,000 feet and encompasses 1,020 square miles. Its county seat is St. Francis.

Though Kansas Territory was organized in 1854 and Kansas became the 34th U.S. state in 1861, the western area remained organized for almost two decades. In March 1873, Cheyenne County and several other western counties were created from the unorganized territory. 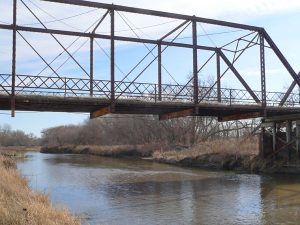 A survey of the public lands in the county was made in 1874, and in 1876 the first cattle ranch — the “T” ranch — was established about nine miles above a trading post called Wano on the Republican River. Wano, the first settlement in the county, was located about 1.5 miles northeast of present-day St. Francis.

At that time, the country was full of Indians and buffalo hunters. The first actual settlers came to the county in 1879, when the Day brothers settled on Big Timber Creek. The following year, A. M. Brenaman, L. R. Heaton, and a man named Bateham came with their families. Jacob Buck also settled in the county, near Wano, in the spring of 1880. By August of that year, there were enough settlers to justify establishing a post office at Wano, with A. M. Brenaman as postmaster. The first mail was carried from Atwood, the county seat of Rawlins County, in October.

Graham & Brenaman opened the first store in September 1880, in a sod house, with a small stock of goods needed for a frontier settlement. School district No. 1 was organized in December 1881, and a school was opened on January 10, 1882, in a building donated by F. J. Graham, with ten students in attendance.

In 1885 Kansas passed a herd law whereby the large cattle ranchers could no longer let their cattle run on the open range. By then, several easterners had become interested in the northwestern part of the state and settled in the area. During this time, Bird City was established and named for Benjamin Bird, a manager of the Northwest Cattle Company, whose headquarters were 20 miles to the north. 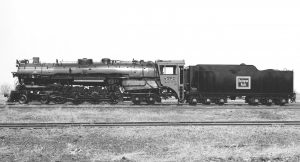 By 1887, grade surveys were completed for the Chicago, Burlington & Quincy Railroad to come through. A site was chosen just south of  Wano to become the station. However, there was some difficulty obtaining a good title at the townsite of Wano, and a new townsite was surveyed and plotted in November 1887. It was resolved to move Wano in December 1887 to where the railroad would be located. Within no time, three buildings were moved. The bank and post office soon followed. As Wano had been incorporated and had a full corps of officials, their last ordinance passed was to prohibit the leaving of any cellar or opening on the old townsite in such a condition that animals or travelers might fall into it by night. The post office name was officially changed to St. Francis on April 18, 1888, and the last building moved from Wano on May 2, 1888. That year, some $50,000 was spent on improvements in the way of buildings. By an election held on February 26, 1889, St. Francis was made the county seat.

St. Francis was incorporated as a city of the third class in April 1903. 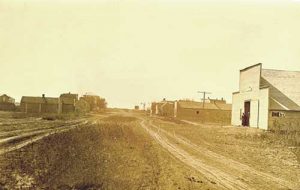 By 1910, the population of Cheyenne County was 4,248, at which time the county was heavily invested in farm products, including livestock and crops such as wheat, corn, barley, hay, and broom corn. At that time, Bird City was called home to about 190 people, and St. Francis had a population of 492.

In the following decades, the county remained invested in agriculture, and its population peaked in 1940 at 6,221 people. The population gradually declined as technology advanced, and fewer people needed to operate farms in the following years.

Today, the county is called home to an estimated 2,660, with about 1,294 living in St. Francis, 434 living in Bird City, and the rest located in the small unincorporated community of Wheeler and rural country homes, farms, and ranches.

Cheyenne County is called home to several attractions, including: 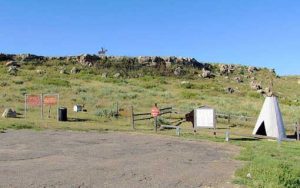 Arikaree Breaks – Located on the extreme northern edge of Cheyenne County, this “badlands” region of extremely rough terrain, with its deep ravines and gullies, is a marked contrast to the plains generally associated with the area. The breaks were formed by wind-deposited sand, silt, and clay particles called loess blown into the area around 10,000 years ago. The breaks are 36 miles long and approximately two to three miles wide and extend into Rawlins county on the east and several miles into Colorado to the west. There are few trees in the rough terrain. However, the pasture land has many yucca or soapweed, as the natives call them. There are also two species of sage that grow in the breaks and no other place in Kansas, and 16 native plants listed as “rare” in Kansas. The hills are covered with native grasses, excellent for cattle and wildlife. There are several public roads through the breaks, giving visitors outstanding viewing sites of this rugged wonder. Visitors are asked to respect the landowners by remaining on the public roads. The breaks are located along Parks Road, CR-BB, CR-15 & CR-117 north of St. Francis, Kansas

Cherry Creek Encampment – This is a memorial to the Cheyenne Indians who survived the Sand Creek Massacre in Colorado. It is located one mile west of St. Francis on Hwy 27 and one mile north.

Keller’s Pond & River Walk – Located on the northwest edge of St. Francis, Keller’s Pond is a great place to have a picnic lunch, go for a walk, or catch fish. The recreation site also includes a walking trail around the east and west ponds. 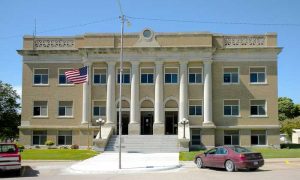