Wilsey, Kansas, located in south-central Morris County, got its start as a station on the Missouri Pacific Railroad in 1884.

The town was named for John D. Wilsey, an early area pioneer. Already existing at the time of the town’s founding was another post office called Mildred, which had been earlier established in 1878. However, in May 1884, it was changed to Wilsey. 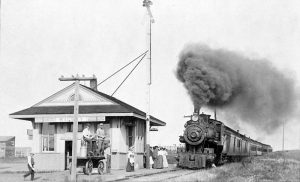 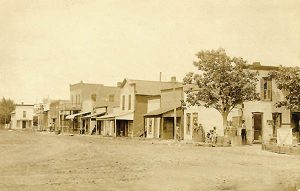 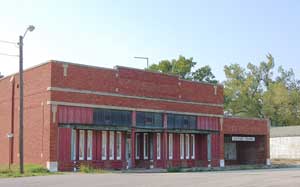 By the turn of the century, the town had evolved into a shipping point for a large agricultural area. It sported a bank; a weekly newspaper called the Wilsey Warbler, a flour mill, a grain elevator, a hotel, telegraph and express offices, and a money order post office with two rural routes. In 1910 its population was about 350.

After the Great Depression, Wilsey began to suffer. The bank went broke in the early 1930s, and the newspaper ceased publication later in the decade. However, the small community maintained well into the 1950s and ’60s. Its business district included two grocery stores, two restaurants, a drug store, a lumberyard, a hardware store, two service stations, and a mechanic shop.

However, as the population continued to drop, the Wilsey High School closed, and the students then attended school in Council Grove in the late 1960s. In the 1990s, the grade school followed suit, and in September 1997, the post office closed its doors forever. 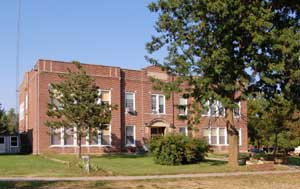