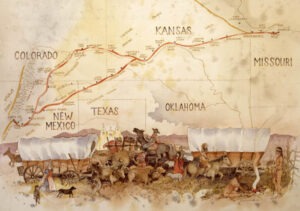 Agnes City, Kansas, in Lyon County, was founded by Arthur Inghram Baker about eight miles east of Council Grove in 1856.

Baker had come to Kansas in 1846 as a blacksmith with the Sac and Fox Indians and first settled on the Marias Des Cygne River in Miami County. He moved to Morris County in 1854 and then to the site in Lyon County. He named the settlement Agnes City for his mother, who moved to Council Grove and became involved with the Kaw Indian Mission.

Located on Rock Creek near the Santa Fe Trail, Baker established the Rock Creek trading post to supply freighters and other travelers. He built a mill, a blacksmith shop, his home, and a store. On November 1, 1856, a post office was established with Baker serving as postmaster.

Agnes City was incorporated in 1857 as a family-owned town corporation by Baker and his brothers-in-law Mosier and Sewell, but a town was never platted into lots.

That year, the Anderson family from Missouri settled near Arthur Baker. The family included William C. Anderson, Sr., his wife Martha, and children William “Bill” T., Ellis, James M., Mary, Josephine, and Martha. Afterward, Martha Anderson died from a lightning strike while gathering wood. Ellis shot an Indian in the head and fled to Iowa, where he was said to have been killed. The older boys were also said to have murdered two or three Indians but were not held to answer for their crimes. Having a shady reputation, they were suspected of stealing horses, were looked upon as outlaws, and feared by many locals. 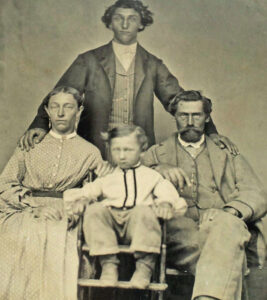 Another early settler was Henry Closing, who came in 1858. In 1860, more settlers came in, but many of them left due to the drought of that year.

In the meantime, Arthur Baker was involved in politics and was the Free-State candidate for representative in the first legislature. He also bought the only hotel in Council Grove, believing it would be a good investment. However, he soon sold it at a considerable loss. He also purchased and edited the Council Grove Press for a very brief time in which he regularly denounced the South for her treason and pleaded for a union with all the states.

In March 1861, his wife, Susan J. Sewall Baker, died, leaving him with a young daughter named Sarah. He told his friends he intended to leave the state for a few months in November. In the company of a few of his relatives, he started south. While in Jasper County, Missouri, his party was fired on by the 6th Kansas cavalry, and John Ratcliffe was killed. Baker was captured, returned to Fort Scott, and confined there for three or four months before he was tried by a court-martial and acquitted, as there was no proof of disloyalty to the Union. Baker returned to his home on Rock Creek.

Later, it was said that Baker was also traveling with Bill Anderson and Bert Griffin, who managed to escape. John Maloy would say that he saw Baker the morning of his capture and said Baker “exhibited a paper he claimed was commission as Colonel in the Confederate army.” However, this made no sense, as Baker was a known Free State advocate.

When he returned, Baker was said to have been romancing 15-year-old Mary Anderson. However, Arthur Baker married 17-year-old Annis Secor on May 14, 1862. Her parents had been living on Baker’s farm.

This may have disturbed the Anderson family, who thought he would wed Mary since he had paid her so much attention. Oral history passed down by locals claimed that Baker may have gotten Mary pregnant, which would have escalated contentions.

Soon afterward, two horses were stolen from Mr. Secor, Baker’s father-in-law, and the Anderson brothers were immediately blamed. Arthur, with another man, set after the boys and caught up with them west of Council Grove. Recovering the horses, Baker immediately filed an affidavit and warrant for the arrest of the Andersons. Bill Anderson was soon arrested but was released on bail.

Not wanting Baker to appear as a witness against his sons, William C. Anderson, Sr., went to Baker’s house on May 7, 1862, toting a gun and called him out. Prepared, Baker appeared and shot Anderson in self-defense. 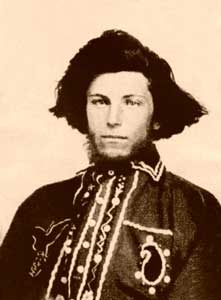 The next night, Bill Anderson, who had earned the nicknamed “Bloody Bill,” went with his gang to Baker’s home and demanded he show himself. However, Baker was with a friend, and both were heavily armed, preventing Bill from carrying out his intentions. The Andersons then left the neighborhood, swearing to return and have revenge.

In the following weeks, Baker was cautious, but Bill Anderson was making plans. On the evening of July 3, 1862, a stranger who said he was leading a wagon train arrived at Baker’s door. He said that the train was behind him and when it arrived, they would need supplies. Accompanied by his brother-in-law George Secor, Baker led the stranger to the storehouse. While gathering the supplies, four men rushed from the woods firing several shots, one hitting Baker and the other Secor. The two wounded men made it to the cellar, and Baker fired a shot hitting Jim Anderson in the leg. The attackers then blocked the cellar door and set fire to the storehouse. Mortally wounded, Baker encouraged Secor to escape. Though Secor was also severely wounded, he managed to crawl out a back window to escape burning to death. He lived for about 24 hours afterward.

The outlaws then set fire to the remainder of his property, consisting of a large stone dwelling and several outbuildings. They also stole two fine horses and began to make their way to Missouri. Along the route, they stopped at the home of William Harris at the 110 Mile Creek/Crossing in Osage County. Harris knew their character and objected to entertaining them, but they drew their revolvers on him and compelled him to get breakfast for them.

When the embers cooled, Baker’s body was found with just the torso, apparently protected by something that fell on him; the rest was ashes. A pistol was found in a position that indicated he had shot himself in the head rather than burn to death. 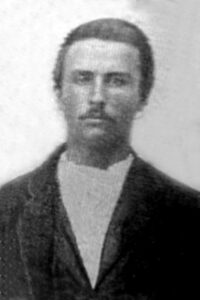 This group of men that attacked Baker were said to have been Bill Anderson, Jim Anderson, Lee Griffith, an unknown man, and Jim Reed, who afterward married the notorious outlaw Belle Starr. Later the four known men involved in the attack came to their own violent deaths.

Baker’s wife, Mrs. Annis Baker, was able to escape the fire and the attack and remained in the area, making her home with the family of Judge T. S. Huffaker. In the spring of 1872, she married J. B. Somers, the County Attorney of Morris county. About a month later, they met a tragic end by drowning while attempting to cross the Neosho River. The couple, along with two others, were caught when the rains had, in an unprecedentedly short period of time almost filled the river to its banks, and all four were instantly swept down the current and drowned.

Though much of the original town was gone, people continued to settle there in the following years. However, the post office closed on June 22, 1866.

H. F. McMillan moved to Agnes City from Clarke County, Illinois, in 1867 and later became the postmaster. Daniel Croyle, a farmer and stock raiser from New Cambria County, Pennsylvania, served as Justice of the Peace. Other settlers in 1868-69 were W. B. Edwards, A. L. North, and E. C. Edwards.

Not much progress was made until 1878 when the country rapidly settled up. The nearest railroad station was eight miles distant in Dunlap, Morris County.

A second Agnes City was established in Lyon County on Bluff Creek, about four miles due east of the first or Rock Creek location. A post office was established on June 15, 1871. 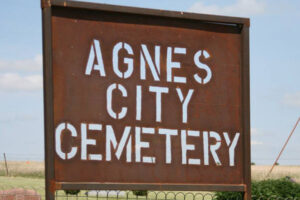 John Wingfield, a farmer and stock raiser, came from Clinton County, Ohio, in 1872 and served as constable of Agnes City.

By the early 1880s, the community had a good district schoolhouse that different denominations also utilized for religious services. The Agnes City Cemetery had also been established. At this point, the town was described as a “country trading point.”

The post office at the second Agnes City operated until June 6, 1891.

All that remains today of Agnes City is a granite Santa Fe Trail marker erected by the Daughters of the American Revolution and the Agnes City cemetery. 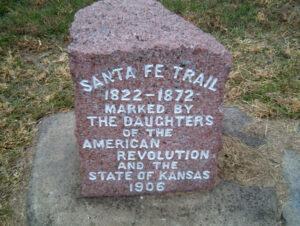