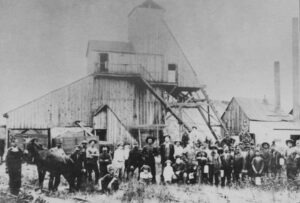 Croweburg, Kansas, is a small unincorporated community in Crawford County. As it no longer has a post office, it is technically an extinct town.

Each camp was about a half-mile apart from one another, and the community unified as Croweburg. The town took its name from the Crowe Coal Company, the principal employer of the miners. A post office was established on December 12, 1908.

In 1910, it was a station on the Joplin & Pittsburg electric line. At that time, it had an international money order post office, some local trade, and a population of 125.

Until 1912, Croweburg was a sundown town where African Americans were not allowed to live. However, that obviously changed because vintage images show the community later had both a colored church and a colored school. 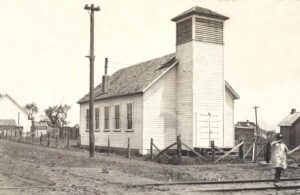 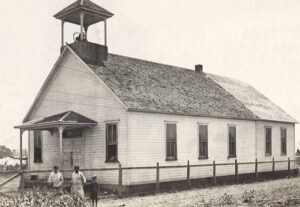 It also had a community hall and several businesses, including a large mercantile and a Union Hall.

Croweburg’s post office closed its doors on July 27, 1972. The old building continues to stand at the corner of Croweburg Road and Fulton Avenue. 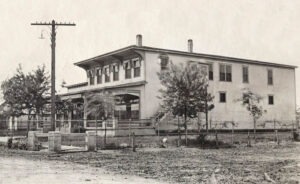 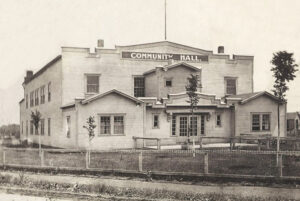 As of the 2020 census, the population of the community and nearby areas was 92.

Today, the community still has several homes and buildings but no businesses.

Croweburg is located about 12 miles northeast of Girard.