Dwight, Kansas got its start when the Chicago, Kansas & Nebraska Railroad decided to extend the Rock Island System west from Topeka in 1887. 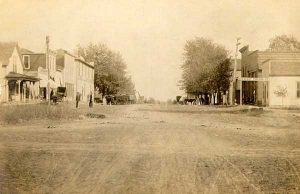 At that time, developers purchased land and platted the town of Dwight, which was named for Dwight Rathbone, who donated land for the  Methodist Episcopal Church. The community was settled when the railroad was built, and a post office was established in March 1887. The Chicago, Kansas, & Nebraska Railway was foreclosed in 1891 and taken over by Chicago, Rock Island & Pacific Railway.

By the turn of the century, Dwight had developed into a trading and shipping point in the northeastern part of Morris County. It had a money order post office with two rural routes, express, telegraph, and telephone service, three churches, and good public schools by that time. The town was incorporated in 1905 and in 1910 had a population of almost 300 people. Throughout the years, the Presbyterian and Methodist churches played an important part in the community’s life. The town’s population peaked at 365 in 1990. 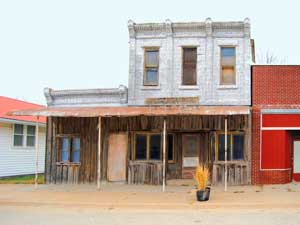 Today, Dwight continues to be a small town with a population of about 217 people. The Swartz School Museum, which once stood about 2.5 miles to the southwest of town, is now located on Main Street.

Dwight is located about 17 miles northwest of Council Grove.

Compiled and edited by Kathy Alexander/Legends of Kansas, updated December 2021. 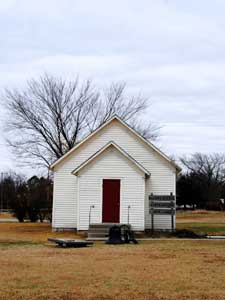