Halfmound, Kansas was located in the northern part of Delaware Township on the Delaware River in Jefferson County. It is an extinct town today. 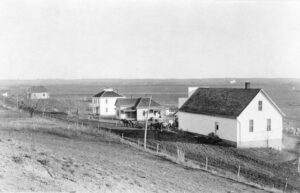 The town was named after a large mound in the area that was elevated about 200 feet above the prairie.

Nearby was a flouring mill known as the Half Mound Mill. It was built in 1871 by Hoesley & Co., who sold it to Hillyer & Co., about two years later. in 1880, it was bought by J. M. Plazzek, who in August 1882, sold it to Southward & McDowell. The mill was a frame structure worth about $8,000, had two-run of buhrs and improved machinery, which manufactured a good quality of flour.

In the early 1880s, the town was little more than a side track and stopping place for trains, on the line of the Atchison, Topeka & Santa Fe Railroad. 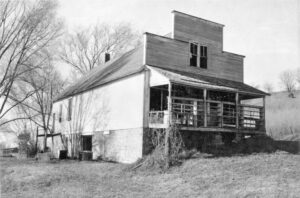 In 1910, the Union Pacific Railroad was running through the community. The post office closed on April 15, 1914.

The community was located 25 miles northwest of Oskaloosa and five miles from Valley Falls. 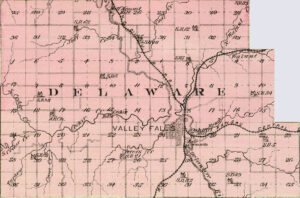