Cato, Kansas, was the oldest town in Crawford County. Located in Lincoln Township, a half-mile from the Bourbon County line, Cato is an extinct town today. However, it is still called home to one of the state’s many historic one-room schools. 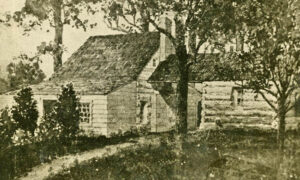 Cato was founded in 1854 by John Rogers, who built the first store building one day’s ride south of Ft. Scott. That year, the first school was held in a log structure on Chad Brown’s farm. The first teacher was Emery Conditt. His salary came from his pupil’s parents, who paid $1.50 a month per child.

At that time, Kansas was not yet a state, and the area was known as the Cherokee Neutral Lands. Covering 600,000 acres in Cherokee and Crawford Counties, this land was assigned to the Cherokee tribe. However, white settlers had begun to settle the area when Kansas was organized as a territory. This sometimes caused squabbles between settlers where they staked their claims, even though none of them were supposed to be there. The land was set aside solely for Cherokee settlement and reservations.

In 1858, E. J. Boring came to the area and established a post office on July 30, 1858. It was named after Sterling Cato, an Alabama lawyer appointed as Territorial Judge of the newly created Kansas Territory. Boring was soon followed by U.S. Army Captain John Rogers.

Woolery Coonrod Sr., Elisha Black, Sr., H.B. Brown, and Ezekiel Brown were some of the first settlers. Elisha Black, Jr. was the first baby born in Lincoln Township to this group of settlers on April 26, 1857. Soon afterward, I.K. Brown and Chad Brown, sons of Ezekiel Brown, also settled in the Cato area. 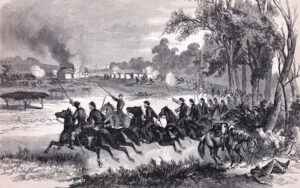 Boring sold his office to Captain John Rogers. Shortly before the Civil War began, a Swedish immigrant named Peter Smith moved to Cato and became a partner in Rogers’ store. When the war began, John Rogers raised a company of the Sixth Kansas Cavalry to fight for the Union.

When the war began, things got much worse due to the county’s close proximity to Missouri. Kansas had long been embroiled in a border war with Missouri over the issue of slavery, called the Bleeding Kansas era. The violence between the two states continued into the Civil War as Missouri bushwhackers made frequent raids into Kansas to attack the Free State settlers. Unfortunately, when Captain John Rogers was home on furlough, he was killed by bushwhackers.

Captain Peter Smith inherited Rogers’ property by marriage, took over the store, and became the postmaster. The post office closed again on November 01, 1861.

During the war, pressure increased to officially open this land for settlement. On July 19, 1866, another treaty was concluded between the Cherokee and the United States, in which the tribe ceded their lands “for a sum not less than $800,000.” J.E. Joy of Detroit, Michigan, purchased 640,199 acres for a railroad. Early settlers were awarded 7,291 acres under the Homestead Act of 1862.

In 1866, a treaty was signed which allowed the Cherokee Neutral Lands to be sold for not less than $1 per acre. J.E. Joy of Detroit purchased 640,199 acres for his railroad. The early settlers were awarded 7,291 acres under the Homestead Act of 1862. 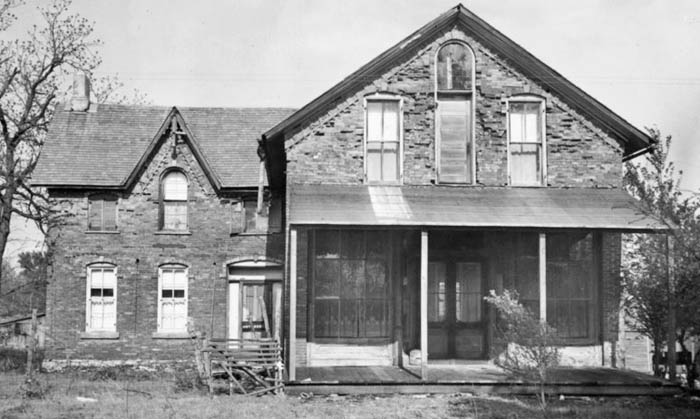 Cato was a part of Bourbon County until Crawford County was created in February 1867. The post office reopened on June 17, 1867.

That same year Peter Smith married the widow of John Rogers, and they built a new brick structure to house the store, which became a stop on the overland stage route. This brick store remained until 1994 when it was destroyed by fire.

Dr. Charles H. Strong, a physician from Ohio, moved to Cato and began a subscription school by that time. Dr. Strong also served as the first County Superintendent of Public Instruction. He was responsible for laying out the county’s school districts and oversaw the building of the early schoolhouses. He also was elected the Clerk of District Court and founded the town of Girard.

Cato had the first church in Crawford County, which was built of logs. It was a Baptist Church and was used until 1868, when services were moved to the schoolhouse.

The Cato Mill was built in 1868 by Robbins and Steele. It was the first mill in Kansas south of Fort Scott. It was both a grist mill for the grinding of grain and a sawmill. At that time, George Fowler and Robert Fowler also owned mill stores.

Cato missed its chance to become a major city when the Kansas City, Fort Scott & Gulf Railroad bypassed the town in the late 1860s. Instead, it was built several miles to the west at Arcadia. 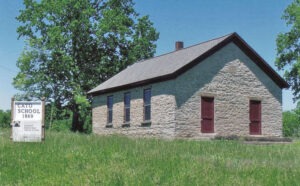 A new limestone stone school replaced the earlier schoolhouse in 1869. It also served as a meeting house. At that time, there were two schools in operation for District No. 4: the public school and the private school begun by Dr. Strong. Enrollment for each was about equal, with 20 students at each school. The school continued to serve students until 1955. Today, the school still stands and is maintained by the Cato Historical Preservation Association. The interior contains many original features, including the wood floor and original trim. One slate blackboard remains and in the center of the room is a large cast-iron stove. It is listed on the National Register of Historic Places as an example of a one-room country school dating from the early statehood period. Also on the property are a contributing outhouse and the non-contributing foundation of a reconstructed log cabin. The school is located at 1153 N 200th St, Arcadia, Kansas.

The Baptist Church moved in 1871 when a new building was built with Israel Harris as pastor. 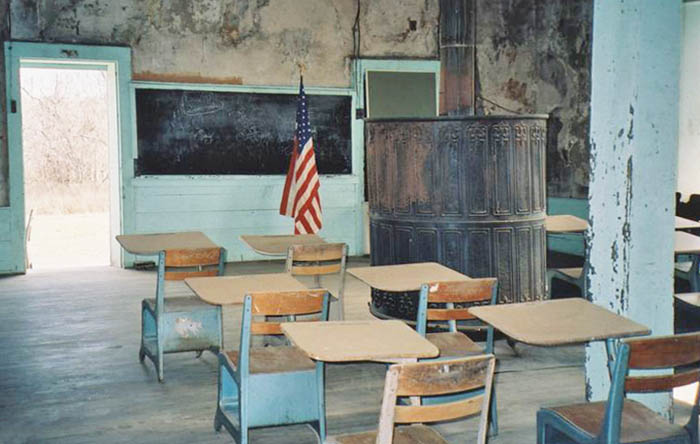 By 1876, the private school had closed, and the Cato public school enrollment more than doubled to 52, requiring two teachers.

By the early 1880s, Cato was quite small but had a store, a blacksmith shop, a flouring and sawmill, and a church.

The Cato Christian Church, a white frame building, was erected in 1915 and is still standing.

Cato is located about eight miles northwest of Arcadia, Kansas. 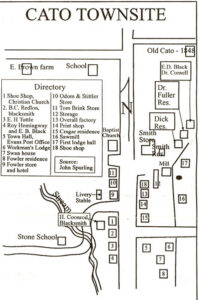