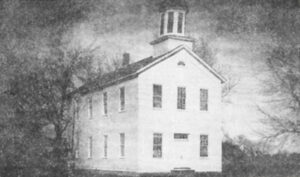 Geneva, Kansas, located in northwest Allen County, was founded in the summer of 1857. It is an extinct town today.

They selected a site north of the Neosho River between Martin and Indian Creeks, on fertile prairie land with heavy timber along the banks of the streams.

With about 300 families expected to settle, they soon began to lay out a town comprising not less than 640 acres. With plans to build a large structure to house a non-sectarian college and academy, one of their first projects was to erect a sawmill. A contract was entered into with L. L. Northrup to build the steam sawmill in exchange for 160 acres of good timber land, furnish him all the sawing he could do, and pay him $15 per thousand feet. The mill was brought and set up on the bank of Indian Creek in the summer of 1858. A post office was opened on November 13, 1858. 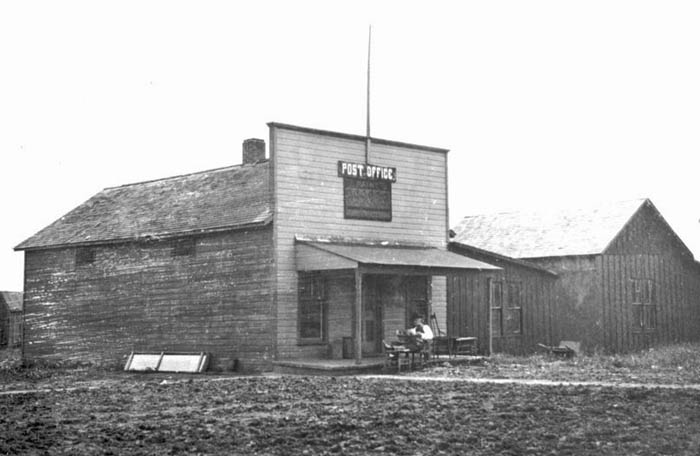 Because the sawing was not provided in significant quantities, L. L. Northrup soon opened a store.

Though the settlement started with bright prospects, building a large town was soon given up. Not one-fourth of the projected colony of 300 families ever came, and those who did were relatively poor. Due to the lack of money and settlement, the college was not built. However, an academy afterward took its place. 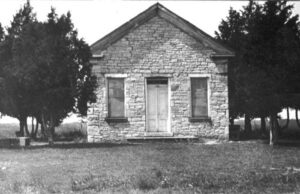 The settlers were an intelligent and enterprising class of people who regarded the moral and mental culture of the young as one of the first things to be looked to after opening their farms. Churches and schools were quickly established. The academy was built in 1866 under the charge of the Neosho Presbytery. The frame structure was two stories high.

By 1869 the town boasted two stores, a blacksmith shop, a wagon shop, a hotel, a Congregational Church built of stone, and the academy. The population was about 100.

In the next few years, some improvements were made, and several business enterprises were undertaken that afterward fell through. It was expected that a railroad would be built through that part of the county, and when the town failed to secure it, it began to decline. In the early 1880s, it was described as “a thriving country village.” 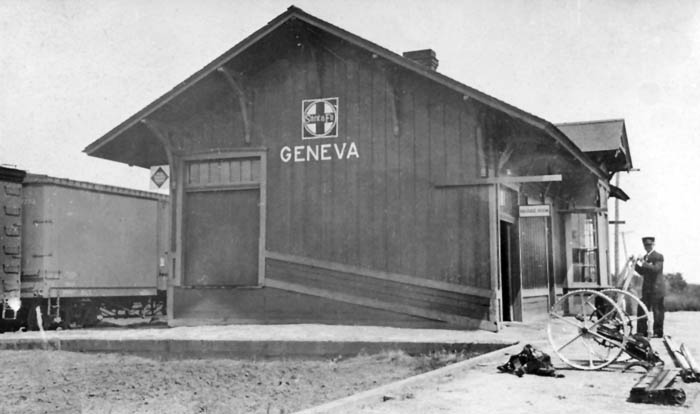 In the subsequent decades, the population stayed relatively the same, but Geneva did become a station on the Atchison, Topeka & Santa Fe Railroad. In 1910, it had an express office, a money order post office with one rural route, a trading center, and a shipping point for that section of the county, and it still had a population of 100.

Its post office closed on September 30, 1942. It was about ten miles northwest of Iola.