Green, Kansas, is a small town in northeast Clay County. 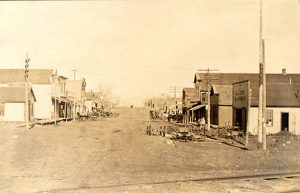 The town got its name in 1868, when Kansas Governor Nehemiah Green, a staunch Methodist, took office after Governor Samuel Crawford left to become the colonel of a Kansas regiment organized to fight the Indians. Governor Green offered to buy a bell for the first Methodist Church to be established in a town named Green. The people of Green took the challenge, and the governor made good on his promise. Today, this very same bell calls the people of Green to worship each Sunday.

Green gained a post office on November 2, 1881, when it was moved from Powellsburgh. Jackson W. Hainey served as the first postmaster. 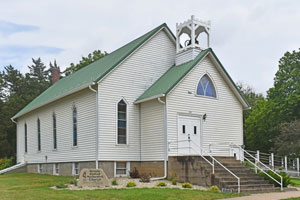 Green was incorporated in 1908. Two years later, it had a bank, a money order post office with three rural routes, express and telegraph offices, telephone connections, a graded public school, several churches, hotels, some good mercantile establishments. It was also a shipping point on the Union Pacific Railroad. At that time, it was called home to 289 people. 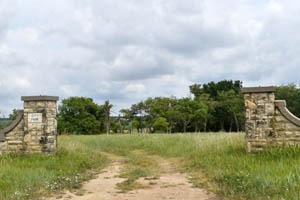 In 1938 the Works Progress Administration built the City Park in Green, Kansas. Though the beautiful stone gates still stand at the entrance, the land no longer serves as a park, and the gates lead to a grassy field.

Like many other small agricultural towns in Kansas, its population fell in the next decades. Today, it is called home to about 121 people. The old public school is now utilized as the Green Christian School, a satellite of the Flint Hills Christian School of Manhattan, Kansas. It serves students from kindergarten through the eighth grade.

Green, Kansas, is located about 10 miles northeast of Clay Center, the county seat. 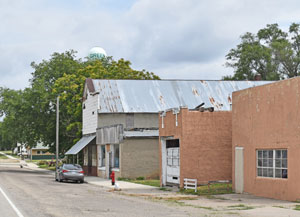