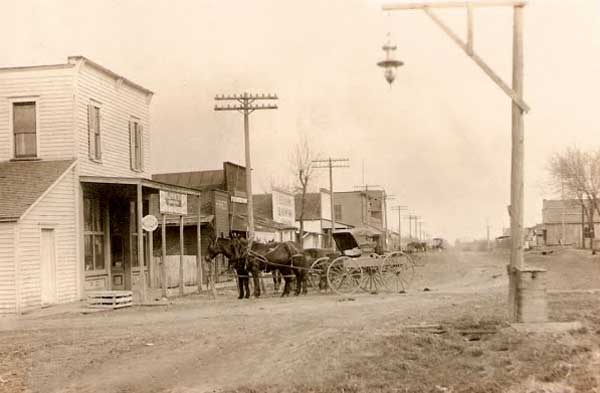 Lancaster, Kansas, situated ten miles west of Atchison, just off U.S. Highway 73, got its start in 1857 and is one of the oldest towns in Atchison County.

Lancaster began as another town situated on the Missouri Pacific Railroad and was platted by J. W. Smith, president of the Town Company. It was named for the city in Ohio. It gained a post office the following year in March 1858, and Smith was named its postmaster.

An advertisement promoting the new town appeared in the Atchison newspaper called the Freedom’s Champion on October 16, 1858, stating in part: 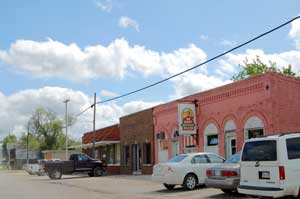 A more beautiful situation for a large and prosperous city could not be found in the Territory or the Great West. Its site is rolling and dry, climate healthy and salubrious as heart could wish for. The surrounding country cannot be surpassed for its magnificent undulating prairies, being one of the most fertile agricultural regions in the whole country.

Excellent coal, building stone, and timber can be found within two and a half miles. Quite a number of buildings are already erected, among which will be found a large and commodious hotel, a good store, blacksmith and carpenter shops, post office, etc.” 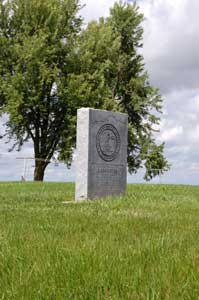 Once the town was established, it quickly became a supply point for the surrounding area.

Before the erection of a county courthouse, there was a spirited contest between Atchison, Mount Pleasant, Monrovia, Lancaster, and Sumner over the county seat question. In an election to determine the location, Atchison received a majority of 252 votes when the county was called home to 2,745 people.

In 1861, a Pony Express Station was located in Lancaster.

A Methodist and Baptist Church were built later, and the town’s post office briefly closed in March 1863 but reopened in April 1865.

Though Lancaster did not prove to be all that its promoters expected, it continued as a good trading point for many years. By 1910, the small community had a bank and several businesses, including a hotel, garage, lumberyard, a public school, three churches, and a population of 220.

In 1915 its enterprising citizens built an electric high tension line connecting with the Effingham line out of Atchison to supply the town with electric lights.

About 80,000 bushels of grain and an average of 75 cars of livestock were shipped out of Lancaster annually, and the area continued primarily as an agricultural community in the following decades. 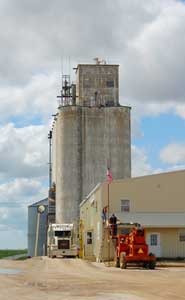 After maintaining a relatively steady population over the years, Lancaster is still incorporated, continues to host a post office, a couple of churches, a small line of business buildings, and about 280 residents today.