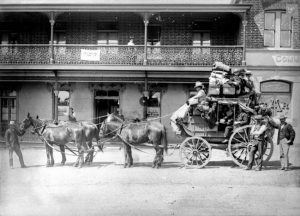 A post office opened on October 19, 1857, with a Mr. Trovinger as the first Postmaster. A store was built in 1861 by Lafayette Dunbar and another in 1862 by Cady & Lane. Some time afterward, Bona Dale started a drug store, Mr. Whittacre established a dry goods and grocery store, and Mr. Jamison a furniture store.

When the prosperity of the town was at its height, there were about 300 residents and two hotels, in addition to the other businesses. A Barlow & Sanderson stage line through Twin Springs, ran between Westport (Kansas City), Missouri and Fort Scott, Kansas, sometimes with as many as six stages each day. A Methodist church was erected which later became one of the best schoolhouses in the county. 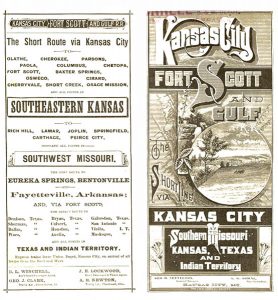 However, when the Kansas City, Fort Scott, and Gulf Railroad was built through nearby La Cygne in 1869, many people began to move, some to Fontana, in Miami County, others to La Cygne, and still others to Fort Scott.