Marion, Kansas, located in the scenic Flint Hills in central Marion County, is the county seat and the oldest settlement in the county. It is located on the north bank of the Cottonwood River, at the point of confluence of Mud Creek. It was named in honor of Francis Marion, a brigadier general in the American Revolution, known as the “Swamp Fox.” As of the 2020 census, the population of the city was 1,922 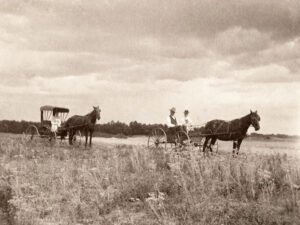 Horses and buggies in Marion County, abt 1900.

First called Marion Centre, it was founded in June 1860 when surveyors told settlers in five covered wagons at Emporia, Kansas, that there was good, virgin farmland about 60 miles to the southwest. One of the travelers in the group, George Griffith, was the first to build a shanty on the site and was the first in Marion County to file for a homestead on August 8, 1860. A store was opened in 1861, and the post office was established on September 30, 1862. The city became the county seat in 1863.

The town was beautifully located among streams, woods, and springs. Limestone was abundant, and many buildings were constructed of this material.

Marion Centre’s population increased faster when the Civil War ended. The town was officially laid out on December 8, 1866. The Marion Methodist Church was organized in 1869. The Presbyterians built the first church building in 1871, which is still used today. 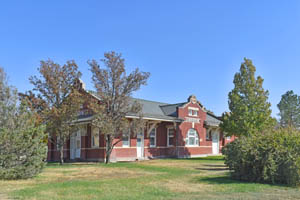 In 1878, the Atchison, Topeka & Santa Fe Railroad and parties from Marion and McPherson Counties chartered the Marion and McPherson Railway Company. In 1879, a branch line was built from Florence to McPherson. In 1880 it was extended to Lyons, and in 1881 it was extended to Ellinwood. The Atchison, Topeka, and Santa Fe Railroad leased and operated the line. The original branch line connected Florence, Marion, Canada, Hillsboro, Lehigh, Canton, Galva, McPherson, Conway, Windom, Little River, Mitchell, Lyons, Chase, and Ellinwood. Later, the Santa Fe depot building was converted into the Marion Library.

Good substantial buildings were erected in the late 1870s and early 1880s. A good graded school was maintained as early as 1878.

The post office shortened the name to Marion on October 15, 1881.

In 1887, the Chicago, Kansas, and Nebraska Railroad built a branch line north-south from Herington through Marion to Caldwell. 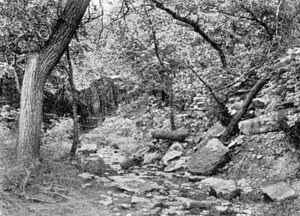 The Chicago, Kansas, and Nebraska Railroad was taken over by the Chicago, Rock Island & Pacific Railroad in 1891.

Unfortunately, an economic panic in 1893 closed down the Chingawasa Springs health spa and hotel, and the quarry business along the tracks never developed sufficiently. The same year, the railroad ceased operations, and tracks to Chingawasa Springs were removed in 1910.

In 1910, Marion continued to be at the junction of the Atchison, Topeka & Santa Fe, and the Chicago, Rock Island & Pacific Railroads. It was the central trading point of a rich agricultural and stock-raising district. It had city waterworks, paved streets, a fire department, electric lights, three banks, two newspapers — the Marion Record and the Review, a creamery, flour mills, a good hotel, and all lines of mercantile establishments. It also had a fine courthouse and was supplied with express and telegraph offices and an international money order post office with seven rural routes. The population at that time was 1,841. 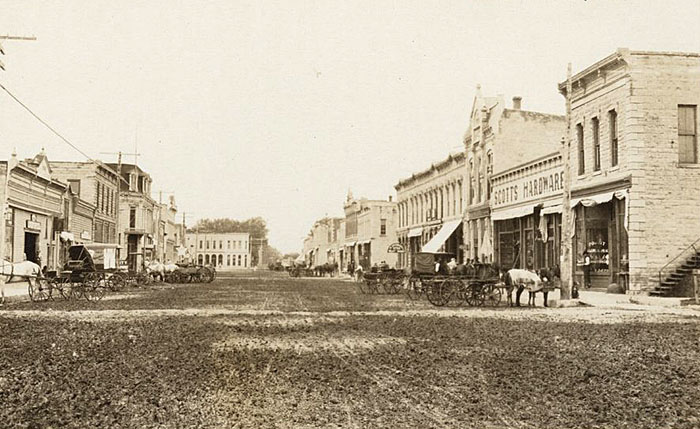 The National Old Trails Road, also known as the Ocean-to-Ocean Highway, was established in 1912 and was routed through Lehigh, Hillsboro, Marion, and Lost Springs.

In 1937, the Marion County Lake was completed by the Civilian Conservation Corps southeast of Marion for recreational purposes.

There were numerous floods during the early history of Marion. Due to heavy rains in June and July 1951, rivers and streams flooded numerous Kansas cities, including Marion. Many reservoirs and levees were built in Kansas in response to the Great Flood of 1951. 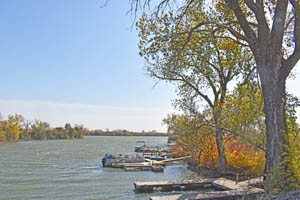 From 1964 to 1968, the Marion Reservoir was constructed northwest of Marion.

The railroad line from Florence to Marion was abandoned in 1968.

In 1992, the line from Marion to McPherson was sold to Central Kansas Railway. The next year, the line was abandoned after heavy flood damage.

Today, there are two lakes, including Marion Reservoir and Marion County Park and Lake, located within a short distance from Marion. 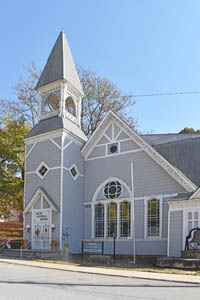 Marion Historical Museum displays artifacts from the town’s early history and items from Native American history and archaeological digs. The city is home to several historic buildings listed on the National and State Register of Historic Places. These include: