North-Central Kansas, encompassing a large part of the Smoky Hills geographic region, is located between the Flint Hills and High Plains. 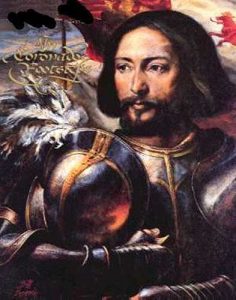 Here, the westward trails of our pioneer ancestors meet those of the Native Americans and a towering castle was built and named for Spanish explorer Francisco Vazquez de Coronado who made it to the area in his 1541 expedition up from Mexico in search of the mythical seven cities of gold. A couple of old “cowtowns” can be found in the region including Abilene – The Queen of Cowtowns and Ellsworth that was once called a “wicked place.” It was to these cities that Texas cowboys drove hundreds of cattle up the trails to reach the railheads of Kansas.

North-Central Kansas is also home of the birthplace of the state song of Kansas at the Home on the Range Cabin, the World’s Largest Ball of Twine at Cawker City, the longest sculpted brick mural, the Pony Express route, and the Eisenhower Presidential Library and boyhood home in Abilene.

Post Rock Scenic Byway – One of the prettiest drives in Kansas, the Post Rock Scenic Byway runs on Highway 232, a two-lane route that makes its way north from Interstate 70 at the Wilson Exit, north to Lucas in Russell County. The 18-mile highway winds over the Smoky Hills past Wilson Lake, through fields, pastures, and prairie that is called home to a number of wildlife species.

Prairie Trail Scenic Byway – This 80-mile route through north-central Kansas begins at the south at Canton, not far from where the Santa Fe and Chisholm Trails brought travelers and cattle in the 19th century. The byway then heads north and east through the westernmost edge of the Flint Hills past the Maxwell Wildlife Refuge, McPherson State Lake, to the Swedish Capital of Kansas at Lindsborg and on to Coronado Heights. It then heads west towards Marquette and northwest to Kanopolis State Park and Reservoir, near Mushroom Rock State Park, to the one-time wicked cattletown of Ellsworth before continuing north to I-70, where the byway ends.

Kansas Landscape Arboretum – This is a 193-acre nonprofit arboretum located in Wakefield, Kansas. It is open during daylight hours without admission charge. Located at 488 Utah Road, Wakefield, Kansas, 785-461-5760 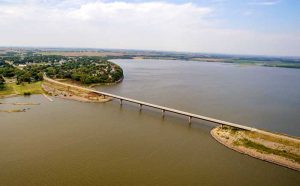 Milford Lake is the largest lake in Kansas.

Milford Lake – Located in Clay, Dickinson, and Geary Counties, Milford Reservoir is the largest man-made lake in Kansas with 15,700 acres of water. Known as the “Fishing Capital of Kansas”, it has 163 miles of shoreline where visitors find sandy swimming beaches, 14 public ramps for launching boats, canoes, and sailboats. Approximately 70% of the land resources are available for public hunting. The lake is located northwest of Junction City, west of K-77 on K-57.

National Orphan Train Complex – This museum and research center are dedicated to the preservation of the stories and artifacts of those who were part of the Orphan Train Movement from 1854-1929. It is located at 300 Washington Street in Concordia, Kansas, 785-243-4471. 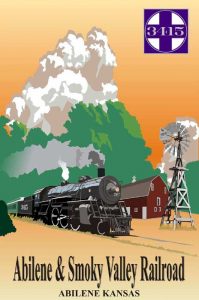 Eisenhower Presidential Library & Museum – Built to house the materials and objects related to Dwight D. Eisenhower’s life, the museum contains over 30,000-square feet of gallery space, with exhibits showing fine art objects collected by and given to Eisenhower, as well as the story of his careers as military leader and President of the United States. Admission Fee. 200 S.E. 4th Street, Abilene, Kansas   67410, 785-263-4751.

Jeffcoat Photograph Studio Museum –  Features a unique look at the history of Abilene and Dickinson County, Kansas through the photographic work of the Jeffcoat Photography Studio. Located at 321 N Broadway Street in Abilene, Kansas. 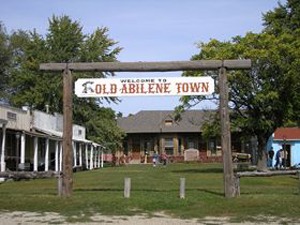 Old Abilene Town – Includes a collection of Abilene historic buildings, allowing one to step back in time to an earlier era in Kansas history. Weekend activities include stagecoach rides, gunfights at the Alamo Saloon, a WWII Generals Wax Museum, and the Abilene Smoky Valley Railroad. Donation. 100 SE 5th, Abilene, Kansas 67410, 785-263-4194.

Fort Harker – A former 19th-century military post in Kanopolis, Kansas. It is owned and operated today by the Ellsworth County Historical Society. 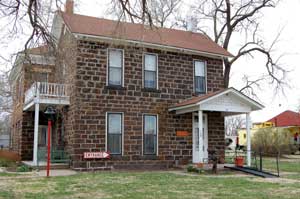 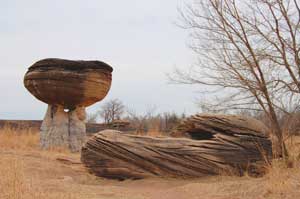 Mushroom Rock State Park – Located in the Smoky Hills region, this park is noted for its mushroom rock formations. These rocks are the remains of beach sands and sediments of the Cretaceous Period, the interval of geologic time from about 144 to 66 million years ago. 200 Horsethief Road, Marquette, Kansas, 785-546-2565.

Lovewell Reservoir – Built and managed by the U.S. Bureau of Reclamation, this lake is used for flood control, irrigation, and recreation. Lovewell State Park is located on its north shore.

Lincoln County Historical Museum – This open-air museum includes the Kyne House Museum, a one-room school and early businesses, such as a newspaper office, funeral home, and general store. It is located at 216 W Lincoln Avenue in Lincoln, Kansas, 785-524-9997. 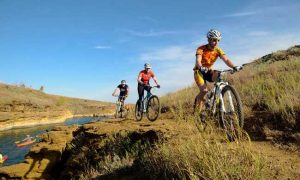 Wilson Lake State Park – Located in the border of Russell County and Lincoln County, this lake was built and is managed by the U.S. Army Corps of Engineers for flood control, and is also used for wildlife management and recreation. Several parks are located along its shoreline, including Wilson State Park.

World’s Biggest Ball of Twine – This quirky Kansas honor goes to Cawker City, Kansas. The twine ball was created by Frank Stoebe and was 1.6 million feet long and measured 11-foot-diameter when he died in 1974. Afterward, Cawker City built an open-air gazebo over Stoeber’s ball where every August a “Twine-a-thon” is held and more twine is added to the ball.

Glen Elder Reservoir & State Park – Located in Mitchell and Osborne Counties, this reservoir was built and is managed by the U.S. Bureau of Reclamation for flood control and irrigation. It is also used for recreation and Glen Elder State Park is located on its north shore.

Jamestown Wildlife Area – Consisting of 3,239 acres, this area that is popular for both hunting and fishing is located primarily in Republic County, Kansas and partially in Cloud County, Kansas.  The lake and its surrounding areas are maintained by the Kansas Department of Wildlife and Parks. It is located five miles North and two miles West of Jamestown. The area is commonly called “Jamestown Lake” by local residents.

Paul Boyer Museum of Animated Carvings – A museum of animated folk art carvings, the museum is located at 1205 M Street in Belleville, Kansas.

City of Lucas – Designated as the Grassroots Art Capital of Kansas, it is home to the Inez Marshall Limestone Sculpture collection along with grassroots artwork by local artist and traveling exhibits. New is the Post Rock Courtyard that shows examples of how the limestone was used for building by early settlers.

Garden of Eden – The world-famous Garden of Eden in Lucas, Kansas was built in the early 1900s by S.P. Dinsmoor, a Civil War veteran. Dinsmoor is encased in a glass coffin in the strangest of gardens which contain over 150 cement sculptures. The Garden is listed on the National Register of Historic Places and can be viewed daily. Located at the corner of 2nd and Kansas Streets, 785-525-6395.

Oil Patch Discovery Center – History and information about the oil industry and it’s early development in Kansas. It is located at 100 Edwards Avenue in Russell, Kansas,  785-483-6640

Smoky Hill Museum – Located in Salina, Kansas, this regional history museum containing artifacts related to the history of the Salina area. This large collection has been growing since 1879. It is located at 211 W. lron Avenue, Salina, Kansas, 785-309-5776.

Geographic Center of the USA – Located one mile north and one mile west of Lebanon, Kansas, this is the center of the USA as determined by the government geodetic survey in 1898. Built around it is Center Park, a place for the public to stop, relax, and picnic.

Home on the Range Higley Cabin – This was the homestead cabin of Dr. Brewster M. Higley, a homesteading doctor from Ohio who wrote the words for the song, Home on the Range. That song was later adopted as the state song of Kansas in 1947. The cabin is located on the Beaver Creek nine miles north and one mile west of the K-8/U.S. 36 Junction.

Ingleboro Mansion – This elegant turn-of-the-century Victorian home has served the community as the residence of a wealthy banker, a hospital, a nursing home, a restaurant, and now serves a Bed and Breakfast. The mansion is located at 319 N. Main in Smith Center.

The Old Dutch Mill – Located in Smith Center, the mill was moved here in 1938 from its original site near Reamsville, northwest of Smith Center. The old mill was built by Charles Schwarz, a native of Germany who homesteaded in Smith County in the 1870s. Today the Mill serves as a meeting place for many groups and events. The Mill is located near downtown Smith Center.

Compiled and edited by Kathy Weiser-Alexander/Legends of Kansas, August 2020.