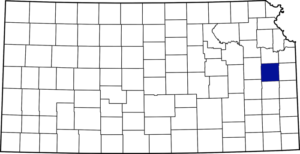 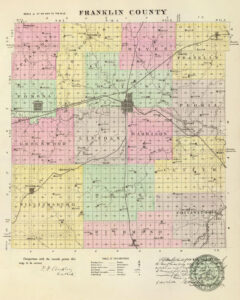 Franklin County, Kansas, is located in the eastern portion of the state. Its county seat and the most populous city is Ottawa. As of the 2020 census, the county population was 25,996.

The area was included in a treaty ceding land to the Osage Nation in 1808 but was ceded back to the federal government in 1825. Afterward, several treaties were made with other Indian nations, which set off parts of what was later to become Franklin County for their use

In 1854, the Kansas Territory was organized, and Franklin County was one of the 33 original counties created by the first Territorial Legislature of 1855. The county was named after Benjamin Franklin.